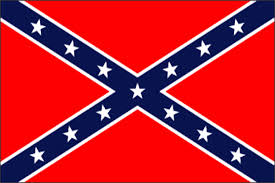 As a native James Islander who grew up with Secessionville literally in his front yard and Ft. Sumter just down Clark Sound and out Schooner Creek, I find what used to reside in my psyche as a reminder of a time gone by, and of people and kin and southern heritage, now, given the martyrdom of the Mother Emanuel Nine, to be a complete embarrassment. People will argue that symbols in themselves do not kill people. But symbols, especially this one, are powerful--negatively powerful. People will counter that banning a flag is easy, why not do the hard work required to change racism in our country? To that I say that taking the Confederate battle flag down from its lesser position of display on the state house grounds is a necessary and powerfully-symbolic first step, representing a major and much-needed shift in ideology, sensitivity and consciousness. While appropriate and effective follow-through may prove elusive and difficult, this first step must happen. Would any person who is truly against racism here in South Carolina prefer that we not take this step?

When I first arrived in Bennettsville, South Carolina, to take up my first ordained position as deacon-in-charge of St. Paul's Episcopal Parish, I and my son and daughter and wife were near the center of town, visiting the law offices of the church's senior warden. His office was directly across from the town hall steps. We were horrified to turn and behold a gathering of the Ku Klux Klan in sheets and hoods. I don't know what the leader was called, but he was arrayed in a shiny purple robe. A portable speaker was blaring something unintelligible. I was in shock that this sort of thing still existed. I always thought it was something relegated to old movies about the Jim Crow era. And then I noticed something quite strange. Their audience was entirely made up of black townsfolk. They were there, I presumed, to convey a message: 1) We're not afraid of you,  2) We respect your right to free speech, and so we expect that you will honor ours, and 3) How ridiculous you look, you anonymous, be-sheeted cowards. The only other thing I remember from that surreal moment is the confederate flags that the be-sheeted ones waved.

But now, the right to free speech notwithstanding, it is time for us to choose, as a state, to end this speech for all time; i.e.,the speech, that says by its very existence on the state house grounds, "We give homage to a past that fought, in part, to maintain the institution of slavery." Put it in a museum, like a holocaust reminder. But let it no longer speak its message from our official places of government.

Paul reminds us that we should no longer remember who we were as men, but now that we should embrace who He as made us in Christ:  In Christ’s family there can be no division into Jew and non-Jew, slave and free, male and female. Among us you are all equal. That is, we are all in a common relationship with Jesus Christ. Galatians 3:28

There has been a whole lot of church-going as people seek solace, comfort and unity in the wake of this racially-based mass murder. And as people are finding unity in the houses of God, it becomes ever apparent that any symbol of disunity and division simply no longer belongs in our midst. It's as simple as that.

As I post this, Gov. Nikki Haley has called for the flag's removal. Thanks be to God! Let's follow through on this call, and, having begun here, not stop there.

CH+
Posted by AxTwoSix by Chris Huff at 1:45 PM