The Whole World Has Gone After Him

The Whole World Has Gone After Him 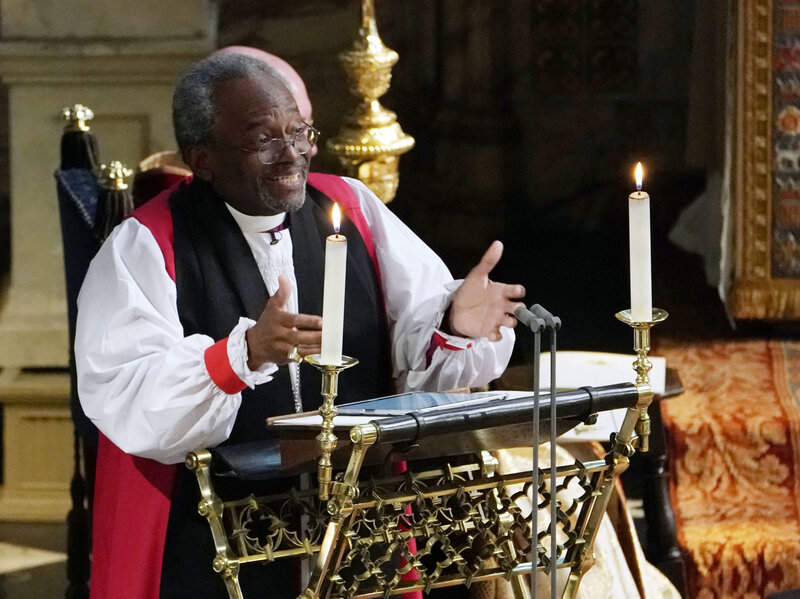 In response to Presiding Bishop Curry's sermon delivered at the Royal Wedding, some of the schismatics who are opposed to the Episcopal Church in general took a posture reminiscent of the Pharisees during Jesus' Triumphal Entry into Jerusalem: "They said to one another, 'This is getting us nowhere. See, the whole world is going after him,'" as though the fact that the world was so blessed and uplifted by the Episcopal Primate's hope-filled, winsome homily was a sign that there must be something wrong with it. A cheap gospel, they surmised. One post comment by an ACNA bishop called it an example of "Christianity Light" in contrast to their brand, "Christianity Max", as he referred to it. And here in South Carolina, where the Presiding Bishop is most welcome and visits frequently, we are accustomed to hearing from our former colleagues that "they (meaning we of the Episcopal Church South Carolina) ascribe to a 'different religion'". Isn't that what the threatened Pharisees are reported to have said of Jesus in John 12:29; that is, "the whole world has gone after Him."?

For a sermon to have been so popular with such a wide range of people is not some automatic disqualifier, as the naysayers contend. The Royal Wedding sermon was authentically Christian. Its broad acceptance and glowingly positive reception by people of almost every stripe may simply be an indication  that the preacher wisely and lovingly took stock of the enormous opportunity that befell him. He preached the Good News  that God is for us and not against us on a global stage. He decided to eschew school-marmish, moralistic, pharisaical  religion in favor of the Good News that God hints to us through human love of a far deeper love still, one found in the sacrificial love of God in Jesus Christ. Contrary to the complaint of some naysayers, Bishop Curry went far beyond Cupid and Eros in the most gracious and pastoral way that the world has seen...well...quite possibly...ever in our lifetimes. He even suggested that with such godly love, we can change the world. (If THAT'S what the naysayers mean when they say that we ascribe to a different religion, then maybe they have a valid point.)

We who beam with joy at seeing the Archbishop of Canterbury and the Anglican Primate (Episcopal Presiding Bishop) of the United States standing together talking about an "unconventional Gospel- revolution of love" have been dismissed as those who have "itching ears", running after those who tell us only what we want to hear (II Timothy 4). My ears have indeed been itching. They have been itching for an encouraging word from a gifted preacher that everyone is created equal and is equally loved by the One who created us. Presiding Bishop Curry actually did what St. Paul enjoins us to do: "Preach the word; be prepared in season and out of season; correct, rebuke and encourage--with great patience and careful instruction." II Timothy 4:2 What we saw on Saturday in St. George's Chapel at Windsor was perhaps the most effectively evangelical use of 13 minutes the world has ever seen. Presiding Bishop Michael Bruce Curry did the work of an evangelist, par excellence.

Be sure to check out my 10-part blog series entitled
"Why I Stayed (in the Episcopal Church)"
See the side bar for easy access to it.
Posted by AxTwoSix by Chris Huff at 9:02 AM