Former New York Times Writer "Outs" Herself as a Creationist

Before you read this article, consider the following quote from Cynthia Bourgeault's new book, The Holy Trinity and the Law of Three: "In the name of intellectual respectability we [Christianity] have become habituated to a hiccup between scientific reality and biblical reality, with the scientific reality being the larger, more objective, "truer", and the religious being the smaller, more personal, and subjective. This is fundamentally crazy-making and is the root, I am convinced, of so much of the alienation and intellectual cynicism of the postmodern West."
--CH

Former New York Times writer Virginia Heffernan stirred up the primordial soup earlier this month by outing herself, in an article at Yahoo! News, as a creationist. It was an effective provocation. Writers at places like Gawker, Slate, and io9 lined up to make their denunciations, predictably, and the conservative press generally came to her defense. Also predictably, things got ugly.
Heffernan is not exactly your typical head-in-the-sand creationist preacher. She articulates her position in a way that, I've found, is reflective of how a lot of people actually tend to see these things. She deftly manages not to dismiss, for instance, evolution or astrophysics altogether, but she doesn't find that they have as much relevance to her daily life as the Bible. To her, there is an opposition between the poetry of religion and the coldness of science, and given the choice she chooses the former.
"I never fell in love with science," she confesses -- and then concludes, quoting novelist Yann Martel: "A story with God is the better story."
But isn't a story with science and reason a better story, too? That, at least, is what huge swaths of the Christian tradition to which she belongs have concluded -- including the people who brought us creationism in the first place.
The distinctly modern phenomenon of strident, counter-scientific creationism is in large part the doing of a hydraulic engineer who taught at Virginia Tech named Henry Morris. Starting in the early 1960s, he began promulgating a method of "Creation Science" meant to show that the most pedantic reading of the Bible possible -- creation in six 24-hour days a few thousand years ago -- is actually solid science. Unfortunately, Morris's way of doing science required assaulting a lot of good science in the process, and his insistence on doing so very publicly won him and his followers a lot of attention.
Morris called his creationism "science" because he loved science, and he wanted to believe in it. This is about as far from Virginia Heffernan's brand of creationism as you can get. Other Christians, however, have proved much more successful in taking reason seriously in light of their faith. 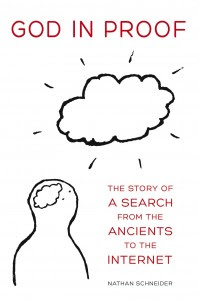 Consider the 13th-century theologian Thomas Aquinas, for instance. A lot of us today -- at least among those who think of him at all -- tend to think of him as the fat man sitting atop a megalith of now-meaningless medieval jargon and law-like conclusions. Conservative-leaning Catholics sometimes mistake his dictates for an appendix to the Bible. But in his own time, while some of those same dictates were being condemned by that same church, he cut a very different figure.
The task that consumed Aquinas's life was that of making the dangerous natural philosophy of the ancient Greeks safe for medieval Christians. Borrowing heavily from the Muslims and Jews who had gone through much the same process over the previous few centuries, he sifted through the teachings of Aristotle and compared them to the best ideas Christians had already come up with.
Read the rest...A Creationist Against Creationists
Posted by AxTwoSix by Chris Huff at 10:48 AM

Email ThisBlogThis!Share to TwitterShare to FacebookShare to Pinterest
Labels: Christ and Culture, news and commentary